It's Not Just About Salivating Dogs

In this case, Pavlov have discovered that ...

AFTER SEVERAL TRIALS (with UCS + NS)

First, Pavlov used soundproof lab because it allowed to isolate experimenters from all extraneous stimuli during the experimental procedures. Second, Pavlov chose food as unconditioned stimulus (UCS) because food will elicit the unconditioned response (UCR), which was the salivation of the dog. In order to find a neutral stimulus that was completely unrelated to food, Pavlov decided to use the metronome as the neutral stimulus (NS). The ticking of the metronome was exposed to the dog, immediately followed by the food. After numerous trials under this condition, the dog has began to salivate after hearing the ticking of the bell. In another word, the metronome has changed from neutral stimulus to conditioned stimulus (CS), which has created the conditioned response (CR) of dog's salivation.

Pavlov and his assistants also elaborated on this preliminary finding by using different unconditioned and neutral stimuli. For example, the odor of vanilla (NS) was presented after a mild acid solution (similar to lemon juice) was placed in the dog's mouth (UCS). The mild acid solution caused the dog to salivate (UCR). However, after several trials, the dog began to salivate (CR) soley to the oder of vanilla (CS).

Another importance finding was that the neutral stimulus did not affect the subjects conditioning if it was presented after the unconditioned stimulus. Pavlov first gave the mild acid solution (UCS) to the dog; and after awhile, presented the odor of vanilla (NS). But there was no signicifant change of the dog's behavior. The odor of vanilla did not changed to a conditioned stimulus.

The theory of Classical Conditioning (aka Pavlovian conditioning) has now been accepted universally and unchanged since its first finding through Pavlov's work. It is now used to explain various different human behaviors, such as causation of phobias, why people dislike certain food, source of emotions, etc.

Pavlov's finding has showed that classical conditioning focuses on reflexive behaviors, which are behaviors that occur without voluntary control. His finding has also proved how any reflex can be occurred under specific neutral stimulus. For example, you can classically condition one to blink their eyes when they hear a doorbell, increase one's heart rates when they see a blue light, become sexually aroused when they see strawberries. The doorbell, blue light, and strawberries all act as neutral stimulus. But as they have been paired with unconditional stimulus, these neutral stimulus eventually change into conditioned stimulus and create conditioned responses.

There are two studies directly presented with Pavolv's thoery of classical conditioning, which are John B. Watson's experiment and Joseph Wolpe's therapeutic technique for curing intest fear by using classical conditioning. Watson conditioned 11months old little Albert to fear white rat, and that made Little Albert to fear all furry things. Joseph 's work was based on idea of conditioned stimulus, and unconditioned stimulus to reduce the fearful responses. 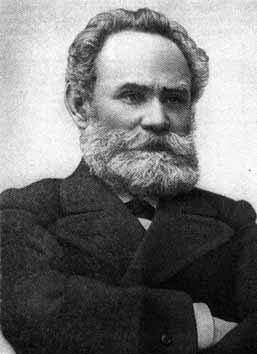 Classical conditioning is one of the significant theories in modern psychology because without Pavlov's contributions, behavior scientists, or psychologists might have not uncovered most of "Learning and Conditioning" that we know today. Yet, his finding was highly questionable during the 19th century.