Title of research: Are you the master of your fate?
Date of Study: 1966
Name of Researcher: Julian Rotter

The scale Rotter had designed, I-E scale, contained pairs of statements that contained internal and external locus of control. The test takers were told to select one statement of each pair that the taker believed to be true. There were no right or wrong answers, but Rotter wanted to measure the personal belief. Rotter’s measuring device contained 23 items for subjects to take. 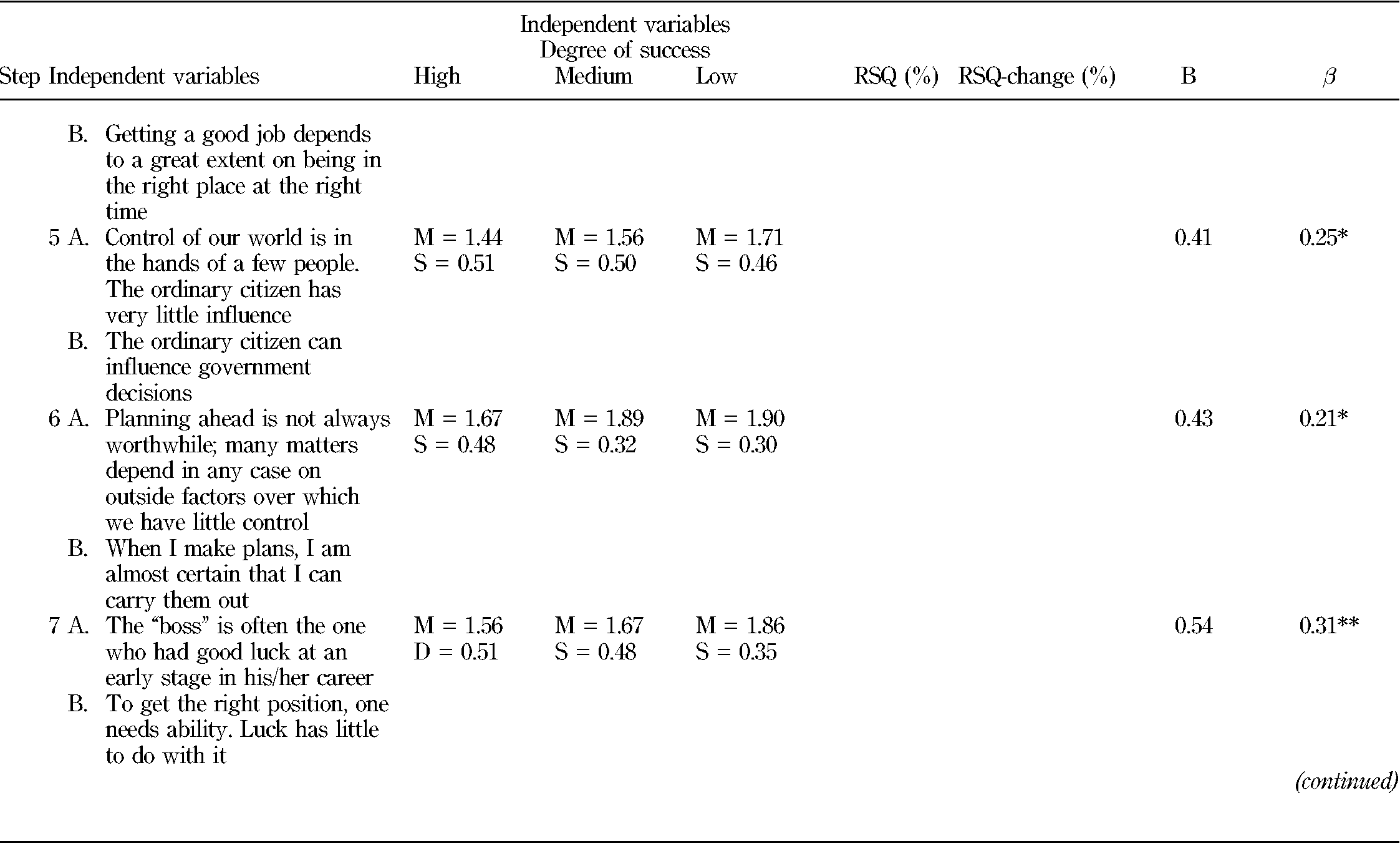 Rotter found 3 potential sources for the development of an internal and external locus of control.
1. Cultural difference
2. socioeconomic difference
3. Variations in styles of parenting

Rotter later concluded that those with an internal locus of control are more likely learn more effectively from life experiences for the future, consistently work on improving their life style and develop themselves, place greater values on inner skill and achievement of goals, and be more able to resist manipulation by others.

The Study Rotter did have greatly been influencing our current world.

- Yang and Clum in the year 2000, found the connection between locus control and depression (both of them relate to the topic of helplessness and hopelessness).
- Study of Rotter also goes against the concept of religion. Religion tend to ask people to believe in fate. however, in Rotter's study, this would count as the external locus of control, which is also perceived as being negative.
- Lots of cross-cultural studies relied on Rotter's study.

Internal Locus control = Does not believe in fate. Control in people with belief in themselves.

External Locus control = Believes in fate. People who think that some stuff happen not dependent on themselves but because of the others.