Title of Research Study: In Control and Glad Of It!
Date of Study: 1976
Name of Researcher: Langer, Rodin

If the loss of personal responsibility for one's life is the cause for one's unhappiness and deterioration of health, increasing control over one's life should have the opposite effect. Langer and Rodin believed that if subjects were given control and power over their lives, their mental alertness, activity level, satisfaction with their lives, and other behaviors would improve.

i) Subjects: Langer and Rodin obtained a nursing house. It was a large modern home with four residential floors. The residents had similar physique, psychological health, and socioeconomic backgrounds. When a new resident entered, they were sent to a room based on availability. The characteristics of all the residents on the floors were similar. Two floors, where the experimental conditions would take place, were randomly selected. it was decided that fourth floor residents would receive the 'increased-responsibility' treatment, while the second floor would be where the comparison group resides. The subjects' age ranged from 65 to 90 years old.

ii) Procedure: The home administrator had a meeting with each of the floors and gave them new information about the home. The messages were quite different. He told the responsibility-induced group (4th floor) that they had the responsibility of caring for themselves and making their own decisions of how to spend their own time. However, to the 2nd floor, the comparison group, he told them how much the home wanted to make their lives fuller and that it was the home's responsibility of making them happier and content. Three days later, the director went around repeating the two different messages to each resident on the two different floors. These steps were followed for the next three weeks.

iii) Measuring the Outcomes: Two questionnaires were held each week before the director gave the same message to the residents again. The questionnaire asked how much control they felt they had over their lives, and how active and content they were at home. Another questionnaire was given to the nurses on each floor, and asked them to rate their patients 1-10 on how happy, alert, out-going, active they were, and how they slept and ate. There were also two measures held to see the residents' behaviors. The home recorded the residents' attendance to a movie, and held contests for patients to guess how many jelly beans were in a jar by writing the number on a piece of paper.

Difference Between First and Second Administration


The Chart above is from the Forty Studies that Changed Psyhchology by Roger R. Hock.

A criticism was made by Langer and Rodin. Consequences of intervention by researchers where the well-being of the resident is involved would have to be thought over carefully. For example, it would be very unethical to have given the residents power and control over their lives, only to take it away after the experiment. This could lead to greater debilitation in health of the once increased-responsibility group.

Awareness that the sense of control makes a person healthier and happier is spreading among hospitals and many institutions. Many studies have used this experiment to support the value of personal control. For example, in Germany, a 2003 study of depression of the elderly in senior citizen homes found that the lack of control and freedom of choie caused signs of depression, decline of health and fitness. The authors said that "therapy and prevention of depression among inhabitants of old people's residences should include both promotion of volitional self-regulation [personal choice] and improvement of perceived freddom because each of these facotrs contribute independently to the explanation of depression (Hock, Forty Studies That Changed Psychology)."

Some extremely wealthy people in this world like celebrities, who seem to have control and power over their lives, do not seem happy or healthy. What are other things, besides control over one's own life, needed to make a healthy and happy life? 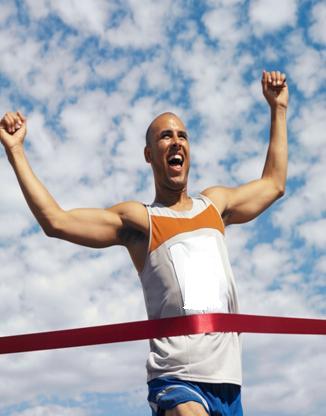 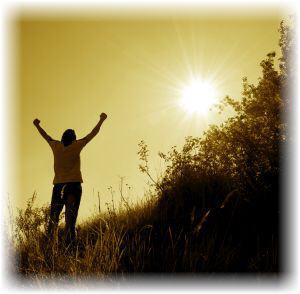