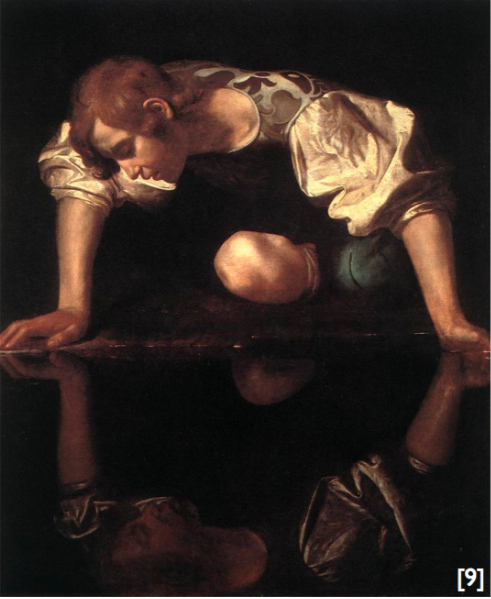 Narcissistic Personality Disorder (shortened to NPD) is a condition in which the individual feels excessively important and is a "pattern of grandiosity (exaggerated claims to talents, importance, or specialness)." As a result, they demand admiration (inward through fantasies or outward through behaviors) and praise while fail to appreciate others.[1]
People in their late adolescence or early adulthood often get it. However, children are still in their process of maturation and change considerably even if they are diagnosed with NPD so doctors rarely give them a diagnosis of personality disorder.
Males have NPD three times more commonly than females.

There are four subcategories of NPD:

A person most likely has Narcissistic Personality Disorder if they...

There are currently numerous theories about the causes of Narcissistic Personality Disorder:

Some believe it's a "form arrested psychological development."

Freu believed that all infants have a phase known as 'primary narcissism' when they believe that he or she is the center of the universe. The phase comes to an end when the realities of life force the baby to realize that they do not have the control--their parents do. From here on, infants have two choices: they can move on normally by giving up their fantasies and becoming emotionally attached to their parents OR they can redirect their emotions back to themselves (secondary narcissism).

Some believe it's the "young child's defense against psychological pain."

Two psychologists named Kohut and Kemberg agreed with Freud on the concept of NPD formed through parent-child relationship problems before the age of three. However, they disagreed on the nature of these problems.

Kohut believed that Child grows out of narcissism when they are exposed to chances to be idealize/gain approval from his or her parents. This grants the infnt a realistic sense of self and a set of personal ideals and values. However, if the parents fail to provide these circumstances, then the child is "stuck" at the developmental stage in which their sense lf self remains grandiose and unrealistic and they are dependent on approval from otehrs for self-esteem.

Kernberg = Child's defense against a cold and unempathetic parent usually the mother (problems before age three). The child is deprived and angry at his or her parents and withdraws into a part of the self which the parents value (looks, intellectual ability, other skills or talent). As a result, they become hyperinflated and grandiose. The "split off" into this hidden part causes the child to go back and forth from grandiosity to worthlessness.

Some psychiatrist think the problem is primarily emotional while others think it's due to knowing.

Some believe that the victim has an "empty" perception of self while others believe it's a "disorganized self."

Some believe it's because one can't test reality or construct a view of oneself.

Some refer to the Macrosocial Causes:

Though there has been no medications developed to treat Narcissistic Personality Disorder (2002), patients diagnosed with this illness can purchase drugs to relieve certain symptoms including anxiety. There are anecdotal reports that some serotonin reuptake inhibitors that are used for depression can reinforce narcissistic grandiosity and lack of empathy for others.

Many individual therapies have been tried including psychoanalysis, Adlerian therapy, rationalemotive approaches, and Gestalt therapy and it has been decided that therapists should set modest goals. NPD patients will attack and undermine their therapists, preventing a deep bond between the two to form (to heal early-childhood pains). However, a researcher stated that more research is needed of the Narcissistic Personality Disorder.
There is also the one-to-one therapy with 45 minute long sessions. These meetings should start out slow until a relationship can be formed and should introduce marital or family sessions once the time is right.

Patients with relatively low-functioning NPD who express the inability to control oneself resulting in self-pain can go under the inpatient treatment. But with an immediate crisis, hospital treatment seems to be more useful.[3]

A case study was done on a man named Sam V., age 43, who was diagnosed with Narcissistic Personality Disorder.
Visit http://www.authorsden.com/visit/viewArticle.asp?id=28821 to read the full article.

When Sam came to his first therapy session, he displayed anhedonia ("failure to enjoy or find pleasure in anything") and dysphoria close to depression. He complained about the stupidity and selfishness of others and that he could not interact or even understand them and their situations due to his "intellectual superiority." As a writer, Sam believes that his work is not appreciated because of this very reason. However, he feared being talked about and being labeled as a freak. Sam believes that people are jealous and "out to get him" (delusions). He resists to bring himself down to the level of others but rather tries to bring his readers and clients up by educating them. An interesting note is that he compared with himself to a "machine, a computer, or a member of an alien and advanced race" and talked in third person throughout the therapy.

Sam had a hard life because he was often victimized by clients. For example, clients would take Sam's ideas and selfishly use them for their own benefits without re-hiring him as a consultant. Even if he tries to be generous, he would only get hostility in return.

Though a husband, Sam is sexually inactive because he perceives it as boring and a primitive activity which "empty-headed" folk practice. He doesn't show respect to the lives of others near and dear to him and becomes shocked and hurt when they demand their own personal autonomy.

Sam is aware of his weaknesses and faults but only to receive compliments. In fact, he tries to prove that his statements are true whenever somebody challenges him and when he fails to persuade them, he resorts to anger. Sam oftentimes brags but feels that he deserves better and more and sees everyone else as enemies (though he either idealizes everyone or devalues them). As a result, he never takes full responsibility for his actions nor does he accept the consequences. By blaming the world for his problems, he puts up defenses.[8]

Other disorders in Cluster B: 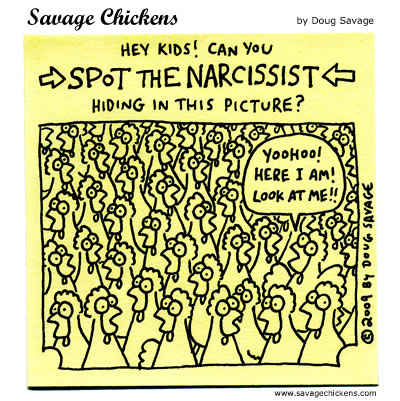 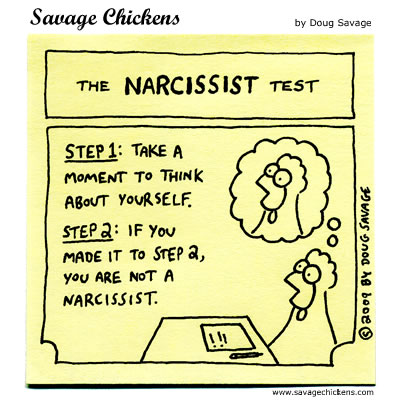 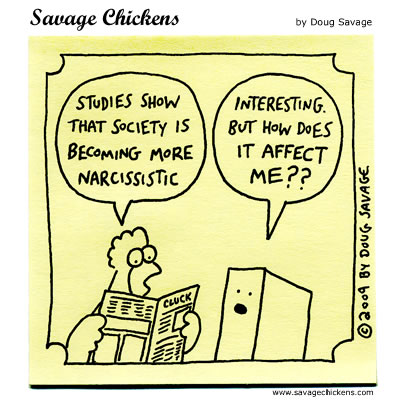 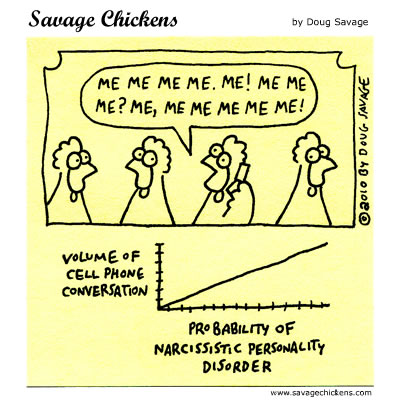 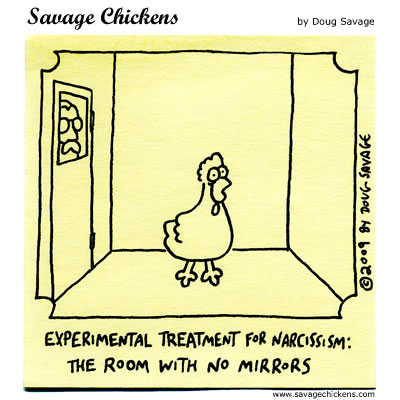 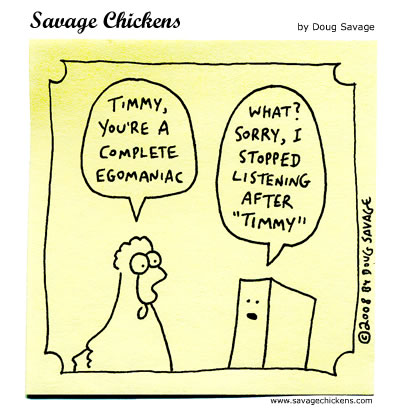