Topic: Repressed or Constructed Memories of Abuse?
Posted by Joon
Keywords: none 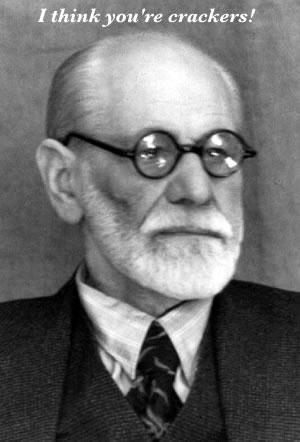 Forgotten(Example):
In 1974, a four-year-old Rachel and two others were molested by her uncle. Seventeen years later, psychologist Linda Meyer Wiliams(1995) tracked down Rachel and 128 other women. When asked whether Rachel remembers that she had ever been sexually abused as a child, at first, she said she didn't remember. But a few moments later, she responds by saying she remembers her uncle abusing other children. Rachel was one of 48 victims, and 38 percent of those interviewed that do not remember the individual's own experience, but remembers others' experiences.

Remembered(Example):
Eve Hart, who survived the Titanic, still remembers the incident after 84 years. "I saw it, heard it, and nobody could possibly forget it!" she says.

The important thing is that therapy has been able to bring back memories for people. One woman after thirty-second therapy session remembered that her father had abused her at 15 months.

Injustice happens: Innocent people can be wrongly accused, and guilty people may get way with crimes.
Incest Happens: Sexual Abuse can occur within family members.
Forgetting Happens: Forgetting is part of everyday life regardless of how positive or negative the event is.
Recovered memories are commonplace: Humans remember events that happened long time ago whether it is pleasant or unpleasant.
Memories of things happening before age 3 are unreliable: People do not remember events when they were an infant. This phenomenon is called infantile amnesia.

It is difficult to assess how true the events were in a person's memory without living their life. Some psychologist believe that people can make false memories.
Three External Links:
http://faculty.washington.edu/eloftus/Articles/lof93.htm
http://www.jimhopper.com/memory/
http://harvardmagazine.com/2008/01/repressed-memory.html